ary L. Aschenbach Sr. is a talented, motivating and internationally recognized instructor with over 25 years as an investigator, supervisor and instructor with the Maryland State Police. Since his retirement in 1998 from the Maryland State Police he offers training, consultations and investigations through Law-Tech Consultants, LLC. After graduating from the police academy his assignments included routine road patrol, extensive undercover operations and supervision. He also served on the Governor's protection detail and would eventually be assigned as lead instructor for the State Police Bureau of Drug and Criminal Enforcement.

" The latest technique for determining truth and deception comes in the form of Forensic Statement Analysis. It is a proven process wherein a person's own written and/or transcribed words are systematically analyzed. "

Prior to his retirement in 1998, he was credited for developing extensive training courses on various subjects related to drug and criminal enforcement. He was qualified to testify throughout the state as an expert witness in addition to receiving the Police Officer of the Year award. He was also presented with the prestigious, Governor's Citation of Maryland.

Gary earned a Bachelor of Science Degree from the University of Maryland. He successfully completed the School of Police Staff and Command, and has received specialized training from numerous agencies including the Maryland State Police, Drug Enforcement Administration, FBI, Secret Service, and the U.S. Military.  He was also Commissioned Colonel by the Honorable Governor of Kentucky. In an effort to provide contemporary training and services, in 2006 Gary became a Certified Layered Voice Analyzer. 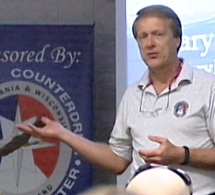 In addition to presenting training within the State of Maryland, Gary's reputation as a motivational and innovative speaker finds him in continuous demand as an internationally recognized speaker as he has presented training throughout the United States including Hawaii, Alaska, the Virgin Islands (St. Thomas & St. Croix), Puerto Rico, Canada and Europe.

His audiences include the FBI, National Security Agency (NSA), DEA, the U.S. Military, U.S. Marshals, state and local law enforcements as well as prosecuting attorneys, judges and businesses. He serves as an adjunct instructor with the St. Petersburg College, Northwestern University (formerly), MD colleges, Eastern Shore Criminal Justice Academy and is currently under multiple contracts with the Dept. of Defense & the United States Immigration and Customs Enforcement (ICE).

His Interview and Interrogation with Forensic Statement Analysis (FSA) class has been certified by the MD Police Correctional Training Commission (MPCTC), Texas Law Enforcement Officers Standards and Education (TCLEOSE) and the Alaska Police Standard Commission and the Peace Officer's Standard Training (P.O.S.T.) in the Mid-Western states.

In 1998 he authored the "Forward" of VISIONS OF COURAGE, a true life story of Bobby Smith, a Louisiana State Trooper who was brutally blinded on a traffic stop by a shotgun blast to his face by an assailant.  For more on Bobby Smith Click Here.

Gary states:
"The latest technique for determining truth and deception comes in the form of Forensic Statement Analysis. It is a proven process wherein a person's own written and/or transcribed words are systematically analyzed. We rely on their words to unwittingly betray even the most cunning of minds. Clients include, FBI, DEA, State and local police as well as the military and private work place. It has proven successful in cases of rape, robbery, drugs, murder and in cases of threat assessments. In certain cases a person's own words are transposed into numbers and after utilizing a simple mathematic formula the numbers determine truth and deception. It's a must see and use to not only law enforcement but in the private sector as well." 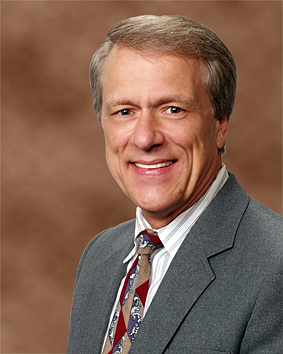 Detective Sergeant, Maryland State Police
Supervisor and investigator with many years
as an undercover operative.
1973 – 1998 (25 years)